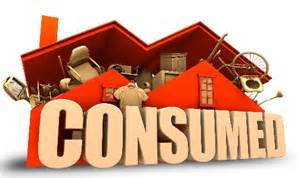 What comes to mind when you see “consumed with _________.” Do you think you’re not consumed with anything? Think again because I bet you are. Did you know that consumed means to waste away or to use up, to devour? It’s not a positive concept, yet many of us are still consumed with something.

Have you ever felt so much guilt about something that you literally felt you were being eaten up by it? Like it was devouring you from the inside? I’ve known people who carried guilt with them for years. They’ve never forgiven themselves for the hurt they caused or the poor choices they’ve made. The guilt they carry becomes a weight that keeps them from experiencing any true joy because the guilt is a constant reminder that they are not worthy of that joy.

Anger and hatred are partner emotions that take up space in our hearts and leave no room for peace. Those consumed by anger unleash their emotion on anyone who crosses their path but most often the target of their anger is someone or something that is far removed from the current situation. Resentment can build over time and evolve into anger and hatred toward a person or situation if left unaddressed and unresolved. 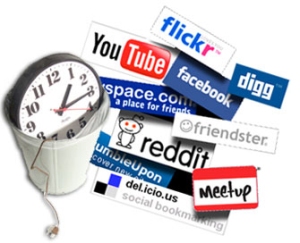 Many of us find ourselves consumed by activities and busyness that rob us of valuable time. We can simply pop onto social media for a quick check and lose an hour as we venture off on rabbit trails of pictures and posts that add no value to our day. We can get hooked on TV shows and build our schedules around them as we become engrossed in an activity that will ultimately not provide much benefit.

Do you find your thoughts drifting to scenarios of situations that haven’t even occurred yet and may possibly never happen? Are you constantly anxious over things that have no certainty of taking place? Do your thoughts lean toward the negative side and do you find yourself assuming the worse will happen instead of thinking positively?

Sometimes I still find myself consumed with one or more of the above. When I find myself feeling resentment toward someone or wasting time with TV shows or social media or catch myself thinking negative thoughts of worry and anxiety, I remind myself that, as a child of God, the only thing I need to be consumed by is His Grace.

The difference in the other things (anger, worry, busyness and guilt) is that they all require our participation. That’s why we use the word “with” when we refer to them. We allow ourselves to be consumed with them when we give them our focus and attention.

But when we are consumed by the grace of God, we use the word “by” because it’s no longer about us and what we can do, but it is by His grace and what He’s already done for us. God’s grace is more than sufficient to overcome our weaknesses (2 Cor. 12:19). His grace will fill the places in our heart and in our mind where we have allowed ourselves to be consumed with negative emotions.

What is consuming you today? What is causing you to slowly waste away on the inside? God knows what you’re going through. He knows your thoughts and your struggles. If you will trust Him to be your strength, He will begin to push out the negative emotions in your life and will replace them with the peace and joy you’ve been missing. Open your heart to be consumed by His grace and begin the journey toward the freedom that negative emotions have kept you from.