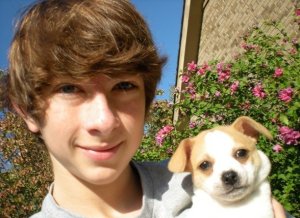 As I was going to bed my oldest son texted me from downstairs. We had just said goodnight and he had headed down to his room with his faithful companion, Winston. In the text he said that he was looking at Winston and thought of how much his dog knows him.

Winston loves him and spends a lot of time with him. He knows my son’s voice, he knows the sound of his car when he drives in the driveway. And he knows what my son is saying to him and obeys his commands.

But what Ryan realized is that even though Winston knows him very well, he really has no clue what’s going on in Ryan’s life. Winston’s brain cannot begin to comprehend everything we as humans can and he’ll never know the vastness of Ryan’s life and all that is going on in it.

And his conclusion was that much in the same way, our minds cannot begin to understand the vastness of God and His love for us that He would send His only son to this earth so that He may die for us.

Through tears I read the final words of the text that said “God is like me and I’m like Winston. I know Him, I love Him, but until I join Him in heaven I will never fully understand the extent of who He is and how very much He loves me.”

As we celebrate this season and the joy that it is to give to others and to receive let us not forget that the long awaited Savior was born on that divine night so long ago. Born so that you may know Him, love Him, spend time with Him, recognize His voice and obey His commands. And in return He will love you more than you can ever fully wrap your mind around. 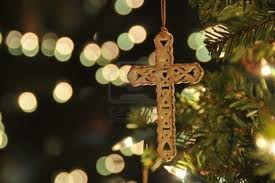 “Oh holy night, the stars are brightly shining. It is the night of our dear Savior’s birth. Long lay the world in sin and error pining, til He appeared and the soul felt it’s worth. A thrill of hope, the weary world rejoices, for yonder breaks a new and glorious morn. Fall on your knees, oh hear the angel voices. Oh, night divine. Oh, night when Christ was born.”