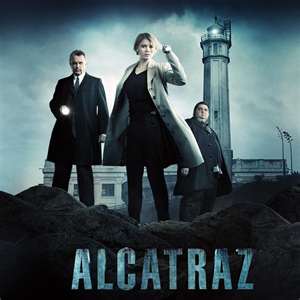 I confess – I watch too much television. One of my favorite new shows is Alcatraz, a drama that revolves around the prison on Alcatraz Island in San Francisco and the efforts of a team of investigators to track a group of missing prisoners who mysteriously reappear decades after they disappeared from the prison. On a recent episode an inmate appeared at the home of a friend who thought he had died while being held prisoner at Alcatraz. When the friend saw him he said “I thought you were dead! When did you get out of prison?” The inmate answered, “When you’re in prison, you never really get out. You just move from one cell to another.” Many people today are being held in captivity. They are a prisoner to some form of bondage, desperately seeking the key to freedom. They believe the key lies in the “ifs” of their lives. If I had more money. If I was with someone who really loved me the way I deserve to be loved. If I could forgive them for what they did to me. If I could just find a way to overcome this addiction. If I could lose 50 pounds. If I could get a better ____________ (fill in the blank…….job, car, house). If only I were prettier, smarter, funnier, more confident. They keep wandering from one cell to another searching for their elusive freedom.

What I found in my own life is all of your “ifs” can be overcome. You can conquer every perceived obstacle and still be a prisoner. The freedom most find is only a temporary freedom and after the initial break from captivity they find themselves right back in bondage. They may have found short term liberty in a new relationship, new job or a move to a new geographic location, only to find that what they thought was freedom was simply a move from one prison cell to another. There is only one true key to freedom and it is found in Jesus Christ. He alone is the lasting key to a life of liberty. It was never God’s plan for you to be captive. His desire for you is to live a life without limits, an open and expansive life. (2Cor. 6:11-13 MSG).

If you are prisoner to the bondage of addiction, lonliness, insecurity, depression, unforgiveness or anger it is time to be set free. It’s time to break away from that which holds you captive and seek the only One who can truly set you free. All you have to do is ask. Jesus stands waiting to open the door to the wide open, spacious life. (Matt. 7:7). Isn’t it time you break free? You have nothing to lose and your freedom to gain.